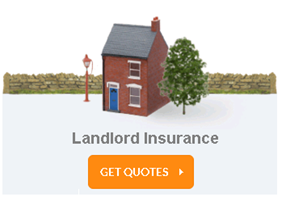 Legal & General Insurance Ltd traces back its roots to June 1836 when an enterprise called the New Law Life Assurance Society was founded by Sergeant John Adams and five other lawyers. The society was initially restricted to members of the legal profession.

In time, the company grew and the range of its products diversified to include not only life insurance, but also investments, pensions and general insurance.

Today, the company operates in the UK, the USA, Egypt and the Middle East, India, France, Germany, and the Netherlands. It is listed on the London Stock Exchange and is a component of the FTSE 100 Index. According to the company's latest annual report (year end 2013) its net income is £896 million.

Of particular interest to landlords may be the fact that Legal & General owns one of the country's largest lettings and estate agency franchises. These franchises are not marketed under the Legal & General brand name but through a network of regional firms, totalling some 110 branches around the UK. Each franchised firm has been in business for at least 17 years and in some cases as long as 150 years.

Despite the twists and turns and highs and lows of the general housing market in recent years, there is one sector which has grown from strength to strength - the market in buy to let property.

Coinciding with this growth in the buy to let sector has been a natural increase in the demand for landlord insurance policies. Typically, these are required to offer protection for the physical assets of a buy to let business (the building and any contents owned by the landlord), together with an element of compensation for loss of rental income following an insured event, and indemnity against claims of public or property owner's liability and, if need be, employer's liability.

Key features of the landlord insurance offered by Legal & General include the following:

Landlord insurance from Legal & General is reasonably comprehensive, and includes both accidental and malicious damage by tenants - but only as optional cover and not included as standard.