Old army tunnels the cause of subsidence

Old army practice tunnels have been cited as the probable cause of subsidence at a Kent clothes store which forced it to carry out emergency repairs.

Primark clothes store shut the ground floor to carry out the repairs after a sinkhole appeared in the car park at the Broadstairs shopping complex in May.

According to the Thanet Hidden History Facebook group, which pictured the old tunnels before they were secured, it is the second time in three years that the ground has sunk. 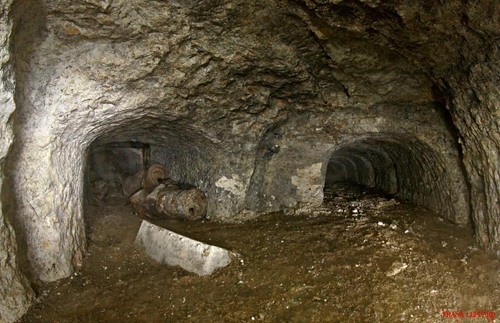 It is believed that the tunnels were created during the Second World War, but the Government said it held “no information” on the issue.

Reporting on the subsidence, the Independent newspaper said that there are a number of other wartime tunnels in the Thanet area. The Kent coast region was one of the most likely sites for a German invasion during the wars and was the first part of Britain that many German bombers passed over on their way to conduct attacks.

On 24 August 1940, 500 bombs fell on the area in just five minutes. Hundreds of families from nearby Ramsgate began living in a huge network of underground tunnels that were constructed in 1939 on the eve of war.

The tunnels housed canteens, shops, and a hospital. Concerts were held to entertain the 300 or so families living underground.

Primark reopened fully on 31st July, with many shoppers unaware they were walking above a hidden network of tunnels.