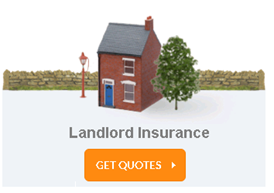 You might be forgiven for thinking that the modern-sounding Aviva name applies to a brand-new company - after all the moniker first saw the light of day as recently as 2002. In fact, the company can lay claim to a trading history stretching back some 300 years.

Thanks to its formation in 1696, an enterprise by the name of Hand in Hand was the very first fire insurance company. Perhaps of greater significance is the fact that the venture was one of the very first friendly societies to appear in the world - a mutual society, or company owned entirely by its subscribing members, rather than share holders.

Not only did Hand in Hand insure its members against losses arising from fire, but actually owned and operated its own fire-fighting brigade, complete with distinctive uniforms and fireman's' badges. Some of the fire brigades initially established during these years continued until the last of the privately-operated services (in Worcester) was sold to the local government in 1929.

A century later, the same principal focus on providing its members an assurance against losses from fire saw the creation of the Norwich Union Fire Insurance Society in 1797, and with it, of course, the Norwich Union name that is likely still to be the brand most closely associated with Aviva today.

In line with many other changes sweeping through the friendly societies, Norwich Union ceased to be a mutual society in 1997 and was floated on the London Stock Exchange as a public limited company.

With such a long and illustrious history in the protection of buildings and their contents against fire, you might expect Aviva to continue to offer a product that is purpose-designed for residential landlords - today, they do that, and more.

Landlords of buy to let property, for instance, are able to insure their residential units not only against fire, but other potentially disastrous events such as flooding, impacts, storm damage and even subsidence.

These days, however, it is not just the fabric of the building and its contents that pose potentially crippling financial risks for the landlord, but claims arising from his or her alleged liability, too - these might take the form of claims based on the owner's public liability, the specific duties and responsibilities of a landlord towards tenants, or the role of the landlord as an employer of staff helping to look after the let property.

In this day and age, it may prove just as important to know when and if it is necessary to make a claim on your insurance in the first place. Aviva landlord insurance, therefore, recognises the landlord's requirement for ready access not only to a risk helpline but also to 24-hour a day, 365 days a year, telephone assistance in reporting any emergency claim that may arise.