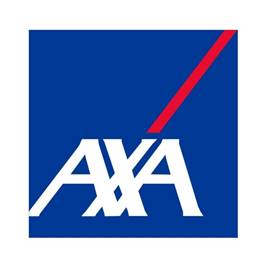 It's the 102 million or so customers and 160,000 employees that make this insurer one of the biggest in the world. Now clearly a global concern, the origins of today's AXA Group can in fact be traced back to 18th century England.

By the late 1960s through to the 1980s, there occurred a further series of mergers that were to prove critical to the future of the group as a true multinational. This was the introduction of a major French element, at one stage assuming the name Mutuelles Unies/Drouot. Takeovers and mergers did not stop there, however, for the French company acquired the major American insurer Equitable in 1991, followed by acquisition of the UK's Guardian Royal Exchange in 1999 and the Sun Life group in 2000.

Cementing its role as one of Western Europe's leading and biggest insurance and financial services companies, the group also acquired the major Swiss insurance company, the Winterthur Group in 2006.

The group established the UK name AXA Insurance in 1999 with its headquarters in Cardiff. Interestingly, the name AXA was chosen because it is one readily spoken in a number of European languages, thus once again reflecting the group's operations throughout Western Europe.

Amongst AXA's wide and varied range of financial products, of course, you may find insurance for landlords.

Indeed, the company is sufficiently sensitive to the needs of such property owners that it is able to offer cover for just those specific areas that an individual landlord may need - whether this is a single property or for a whole portfolio of up to 10 properties. In this way you may avoid paying for those elements of insurance which might not necessarily apply in your own particular circumstances.

Thus, whilst AXA's landlord insurance policies include protection for the structure and fabric of your property, together with cover for up to £10 million property owners liability, as standard, you might also close from various optional elements such as:

Landlords insurance from AXA, in other words, may be tailored to suit your specific individual needs as a buy to let property owner.