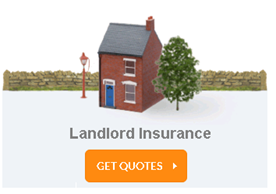 The National Insurance and Guarantee Corporation Ltd - or NIG as it is popularly known - embodies on the principal characteristics of the insurance industry in the UK. Company names and ownership may change, yet the core functions of the business continue more or less undisturbed.

In the case of NIG, for instance, since its incorporation in 1894 the company has been associated with some of the leading names in the country's financial services sector - names such as the Royal Bank of Scotland, Direct Line, Churchill Insurance and Green Flag Insurance.

The reshaping of the insurance sector and the rise and fall of its leading names might be illustrated by recent changes in the century-old NIG:

Despite all these changes of ownership, however, and following a fundamental review of its marketing strategies in August 2010, NIG continues to sell insurance to small and medium sized businesses through a network of more than 2,300 independent brokers.

Thanks to its concentration on commercial lines of insurance, NIG offers cover for residential landlords - from single property owners to those with a larger portfolio.

A further option is the availability of cover for the loss of rental income following an insured event.

In the event of your premises being untenantable following an insured event, a standard feature of these policies covers the cost of renting alternative accommodation - up to a value of 20% of the sum insured on the building or buildings in question.

You might want to note that NIG policies - in line with most other types of landlord insurance - stipulate a maximum 30-day period of unoccupancy (when your residential premises are left vacant, untenanted or otherwise unused). After that period of time, unoccupied property insurance will typically be required.

Finally, some of these amounts may have changed since this profile was written, so it is essential that you use this information as a guide only to the levels of cover typically available.