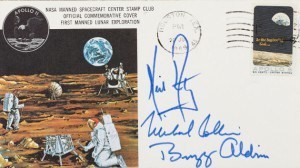 It’s incredible to think that astronauts once needed to improvise in such a way, but these fascinating images show the lengths to which some crew of the Apollo program had to go in the name of life insurance. As we all know, the job of an astronaut is inherently filled with risk, and as such – particularly in the early days of the Apollo program – an astronaut’s mission into space was literally uninsurable. Of course this situation didn’t sit well with the astronauts, many of whom had families and other dependants to support should their space flight unfortunately end in death. 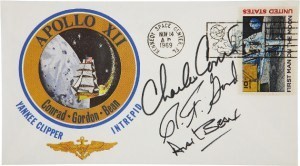 But without a traditional life insurance policy, how could that be possible?

The answer was provided by NASA in the form of ‘Insurance Covers’, as seen here, a number of which were given to every crew member and subsequently signed by every astronaut involved, as close to launch as possible. Its value would instantly be high, but would no doubt sky-rocket (no pun intended) should the astronauts never return; the deceased’s surviving family then at least safe in the knowledge that in future they could cash-in their makeshift insurance policy if required. 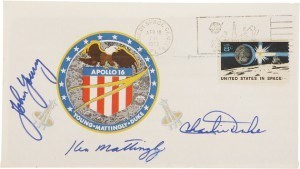 Luckily for all involved, the Insurance Covers were never needed and instead they now exchange hands for relatively modest prices amongst collectors. The practice continued from Apollo 11 through to Apollo 16. More can be seen at Heritage Auctions.