There are, and have been, thousands of insurance companies in the world, the vast majority of which advertise their services, so it’s no surprise that at least a few of these many, many marketing efforts sit on the more curious side of the fence. Now seems as good a time as any to take a look at some of the more intriguing efforts, beginning with those of the vintage variety. 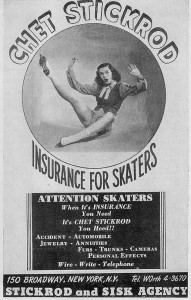 Above: From 1954, an incredibly amusing advert, used to advertise the incredibly niche services of an insurance company with an equally incredible name: Chet Stickrod. Sadly, but unsurprisingly, a quick Google search of the company’s name yields little in the way of background information, so it looks like this lovely piece of advertising will have to do. 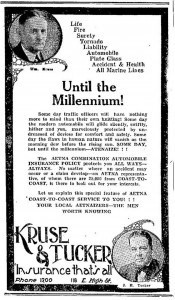 Above: Dating back to 1930, this fantastic insurance advert comes from the offices of Kruse & Tucker, a company dedicated to selling Aetna Insurance until the millennium, the point by which they predicted auto-mobiles would glide safely around the streets, unhindered by human error. Most amusing is the claim that ‘traffic officers will have nothing more to mind than their own knitting!’. 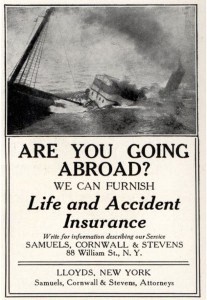 Above: A stunningly depressing, almost harrowing life insurance advertisement printed in National Geographic, all the way back in 1916. The company, Samuels, Cornwall & Stevens, clearly wanted to pull no punches and aimed for the jugular by simply displaying a picture of a sinking boat. You cannot argue with such a message, particularly as it was published just four years after the sinking of RMS Titanic. 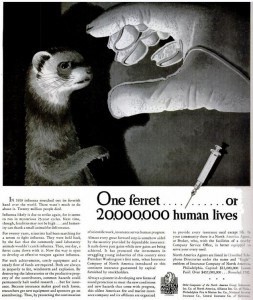 Above: North American Insurance Group chose the creepiest picture possible when advertising their product in Life Magazine in 1941. In fact, with a picture so unnerving it’s almost impossible to read the text underneath. 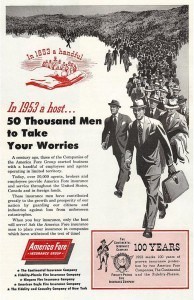 Above: Maybe it’s just me, but America Fore’s 1953 advert, seen above and featuring swarms of thousands of insurance agents approaching the reader from the distance, is more than a little creepy and far less reassuring than presumably intended. ‘Safety in Numbers’ just doesn’t seem to apply in this instance.