As the world’s population is exposed to greater amounts of advertising, the task in hand for the agencies that produce such material becomes more difficult. To make an impact on people who have been bombarded by the tricks of the trade consistently for years calls for something different; advertising that approaches from a unique angle. As proof that it can be done, here are ten brilliantly creative (and one would hope successful as a result) insurance ads created in recent memory. 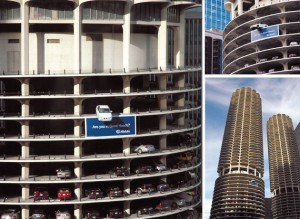 The famous Marinas Towers parking garage in Chicago was home to this frightening but eye-catching advertisement for Allstate Insurance; a campaign which surely attracted an invaluable amount of attention.

Nationwide’s ‘Life comes at you fast’ campaign produced two of the adverts featured on this list, and for good reason. A definite head-turner. 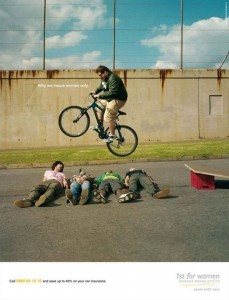 A series of humorous adverts by South African insurance company 1st for Women, in which men’s ‘foolish’, un-insurable pursuits were highlighted, proved popular amongst their target audience. 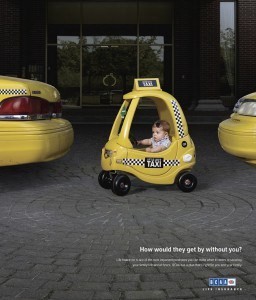 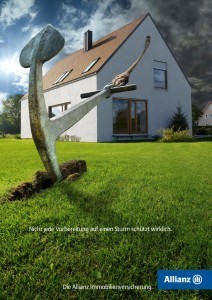 “Not every pre-arrangement can really protect you from a storm. Real estate insurance from Allianz.” 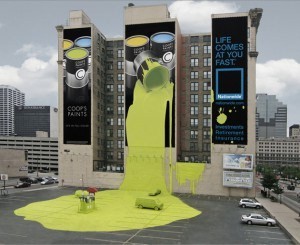 The stunning second advert from Nationwide’s campaign featured what seemed to be an enormous, expensive paint spillage. Of course, the paint was fake – as was Coops Paints itself – but the visual impact huge. 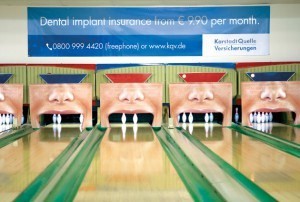 “KarstadtQuelle Insurance is making the best use of bowling lanes by advertising dental implant coverage. Banners with faces printed on were attached to the wall at the end of the lanes. When a bowling ball hits the pins it looks like teeth being knocked out.” 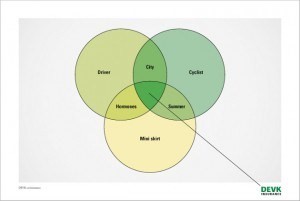 An amusing diagram illustrating the potential for crashes between cyclists and car drivers as a result of mini-skirts, heat and a lack of concentration. Simple, and memorable. 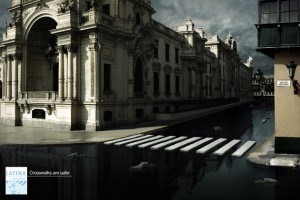 To emphasise the fact that yes, crosswalks are indeed the safest way to cross the road, Latina Insurance launched a campaign which featured this ‘snappy’ advert. It makes you grateful for tarmac. 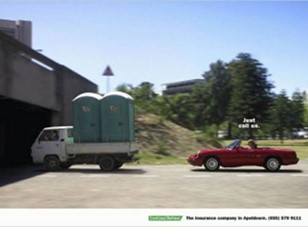 The consequences aren't worth imaging.

Prefer some advise? Call us on 01325 346328 or click the following link and we'll call you Request a Callback