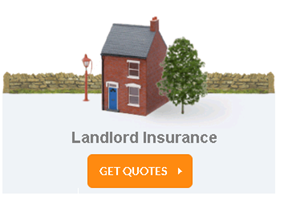 The company was founded in Liverpool in 1843 as a friendly society with the principal aim of allowing the poor to save for their own funeral arrangements rather than encumber their family with the expense.

In common with other friendly societies - not just of the day, but well into the 20th century - much of Liverpool Victoria's business was based on agents calling from door to door to collect modest weekly savings from typically quite poor customers - the savings policies were popularly known as "penny policies". It remains one of the country's largest friendly societies, with a staff of some 5,700.

The company's head office remained in Liverpool until 1930, when it moved into headquarters in London. Here it stayed until 1996, when the company set up new headquarters in Bournemouth, on the south coast. From here it serves more than an estimated five million customers, making it one of the largest insurance companies in the UK. Liverpool Victoria also has major branch offices in Brentwood, Basildon, Bristol, the City of London, Croydon, Exeter, Huddersfield, Ipswich and Leeds.

Although the company continues to trade as a friendly society and therefore has no shareholders, it has £350 million worth of bonds which were issued in 2013.

Selling its products directly to customers and through a network of independent financial advisers and brokers, Liverpool Victoria is in the business of general insurance (since its acquisition of the Frizzell group in 1996, life assurance, investments and banking).

Landlord is a specialist form of general insurance distinct from standard home insurance policies because it also helps to safeguard a landlord's wider business interests, together with the structure and fabric of the let property and its contents.

Indeed, if you let your property and it is covered only by a standard form of home building and contents insurance, you are likely to find any claim for loss or damage rejected by your insurer.

As with many types of insurance, landlord insurance policies differ from one to another. Some may include certain elements of cover in every policy, others may include them as optional extras. It is important, therefore, to consider exactly what is covered and whether this meets your needs and requirements before you go ahead and arrange it.

Liverpool Victoria offers specialist cover in a single policy for landlords who own up to four properties which are let to tenants for longer than six months. Standard provisions include:

Optional extras include cover for contents owned by the landlord, employer's liability insurance (up to £10 million), subsidence cover, increase of landlord's liability cover from £2 million to £5 million, and cover for the property against acts of terrorism.