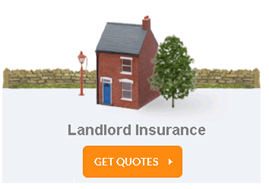 The history of British insurance seems to be characterised by the merger, acquisition and amalgamation of established insurers. The history of More Than is no exception - the brand name has only been around since 2001, but the insurance group from which it has grown can trace back its origins all the way back to 1710.

The company's own records reveal not only a birth that can be traced back to 1710, but evidence of it having insured the home of Captain James Cook and also Down House, the home of Charles Darwin, where he wrote the Origin of Species.

RSA today maintains offices across five continents and numerous locations throughout the UK, with the headquarters of all its international operations in Fenchurch Street in the City of London. From here - and its national headquarters for the UK in Leadenhall Street in London - RSA lays claim to more than 17 million customers throughout 140 across the globe.

The company is listed on the London Stock Exchange and, as the UK's second-biggest general insurance company, is also listed as art of the FTSE 100 index.

Voted by What Mortgage Magazine as the Best Landlord Insurance Provider in 2012, More Than continues to offer what many landlords might consider to be thoroughly comprehensive cover at affordable premiums. Standard elements of that cover, for example, include, at the time of writing (August 2013):

You might consider, therefore, that landlord insurance from More Than offers one of the most comprehensive standard levels of cover for owners of buy to let property.